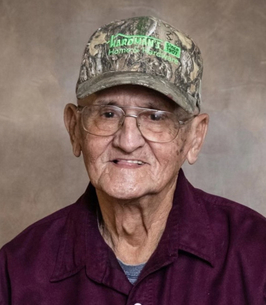 He is survived by his loving wife of 58 years, Bonnie Jean Leach Wagoner. In
addition to his wife, he is also survived by his children; Kandas (Randal) Smith of
Millstone, Christopher Wagoner of Big Bend, Jason (April) Wagoner of
Williamstown; his grandchildren, Nicholas (Hannah) Smith, Makayla Smith, Kaitlyn
and Logan Wagoner; his sisters, Margie Sims and Nellie (Freddie) Sims, sister-in-
law, Betty Wagoner, and numerous nieces and nephews.

He attended Spruce Hollow Grade School and then began his work career as a
substitute mail carrier in 1954. He later went to work in Cleveland, Ohio for the
Steel Improvement and Forge Company and also worked for the West Virginia
Department of Highways. He started his career for Rubber Fabricators, Inc. in
1959 and later went to work for Sav-a-tool in 1963 where he worked his way up
to plant manager and Vice President of Operations. He was well known for his
ability to take any idea or design and fabricate a workable part. Hatzell retired at
the young age of 84 years old.

Funeral services will be held on Monday, July 25, 2022, at 11 a.m. at Stump
Funeral Home & Cremation, Inc., Grantsville, WV. Friends may call at the funeral home from 6:00-8:00
p.m. on Sunday, July 24, 2022, and Monday from 10:00-11:00 a.m. prior to the
service. Pastor Barry Miller will be officiating. Interment will be in the Wagoner
Cemetery on Yellow Creek Road, Big Bend. Online condolences may be expressed at www.stumpfuneralhomes.com

All rights reserved. This obituary is also archived at obittree.com