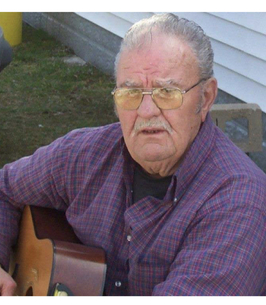 James William (Bill) Jones, 82, of Grantsville, WV departed this world for his heavenly
home, on January 11, 2022.

Bill was born May 10, 1939 in Vadis, Lewis County, WV. He was the oldest of eleven
children born to the Walter and Euleta Jones of Grantsville, WV.

Those who knew Bill will tell you that he lived life to the fullest. Every day was a new
adventure for him. Chasing down the biggest buck or trying to catch the biggest catfish,
he found enjoyment in every moment. When he was not hunting or fishing you could find
him playing music with his family and friends. Bluegrass or Gospel, he found peace
picking his guitar as his good friend Nellie sang. Between adventures, you would find
him relaxing and watching a Western. Bill will always be remembered for his adventures
and the enjoyment he felt while sharing stories of those adventures.

In addition to his parents, Bill was preceded in death by brother John Jones, sister
Kathryn “Kookie” Harris and granddaughter Brittany Jones.

Funeral service will be held at Stump Funeral Home & Cremation, Grantsville, WV on
Saturday, January 15 at 1:00p.m. with Rev Rick Metheney officiating. Visitation will be held one hour prior to the service. Online condolences may be expressed at www.stumpfuneralhomes.com

All rights reserved. This obituary is also archived at obittree.com