To share your memory on the wall of Dane Whipkey, sign in using one of the following options:

Print
Dane Whipkey passed away at his home in Gilmer County on April 2, 2021, at the age of 86. In Dane’s own words, there was no place he would rather be.

Dane was born in Calhoun County, WV on September 8, 1934, to Lottie and Isaac Whipkey... Read More
Dane Whipkey passed away at his home in Gilmer County on April 2, 2021, at the age of 86. In Dane’s own words, there was no place he would rather be.

Dane was born in Calhoun County, WV on September 8, 1934, to Lottie and Isaac Whipkey of White Pine.
He was preceded in death by his two brothers, Raymond and Grey, and his sister Yvonne Beck.

Dane joined the Air Navy at the age of 17 and served for four years during the
Korean Conflict. After his military service, he attended Spartan School of
Aeronautics in Tulsa, Oklahoma, where he was at the top of his class. For ten
years, he worked as a mechanic for United Airlines, at the O’Hare Airport in
Chicago, Illinois, the Washington Dulles Airport in DC, and the Friendship Airport in Baltimore, Maryland. Dane and his family returned to West Virginia in 1969 where he started work at Columbia Gas Transmission and stayed until he retired on June 1, 1997.

Dane’s love of flying led him to pursue getting his own pilot’s license, and his
the family continues to describe a day of clear blue skies as a good day for flying. An avid reader, Dane also liked watching “Jeopardy”, playing Free Cell, and finishing other people’s crossword puzzles. He had a unique sense of humor and rarely complained, although he could occasionally be heard muttering. He enjoyed snowstorms, boating, fishing, playing cards, watching wildlife, and listening to music. Dane occasionally liked to relax after work with friends at the Glenville Pub… sometimes listening to his son-in-law’s music and occasionally even seen on the dance floor! Besides enjoying other folk’s music he himself was an accomplished musician. He played harmonica, banjo, mandolin, and guitar. An animal lover, Dane especially loved his dogs, notably Inky, Beauty, Ranger, Smoky, Tara Lee, Shorty, Forest, Mojo, Monk, and Lewie; one rather remarkable cat named Jigs and a deer named Punkie. In addition to his domesticated friends, generations of deer and squirrels and an occasional skunk have claimed the Whipkey place as home.

You may choose to honor Dane by having a beer or two. He would certainly
approve. If there’s a bonfire involved, even better. For those of you who would
like to pay your respects in a more traditional manner, Dane will be accepting
visitors on April 7 from 5-7 pm at Stump Funeral Home & Cremation, Inc., Grantsville. Due to COVID-19, masks and social distancing are required.

In lieu of flowers, Dane and his family would appreciate a donation in his name to your local animal shelter.

Online condolences may be expressed at www.stumpfuneralhomes.com
Read Less

To send flowers to the family or plant a tree in memory of Dane Whipkey, please visit our Heartfelt Sympathies Store.

Receive notifications about information and event scheduling for Dane

There are no events scheduled. You can still show your support by sending flowers directly to the family, or planting a memorial tree in memory of Dane Whipkey.
Visit the Heartfelt Sympathies Store

We encourage you to share your most beloved memories of Dane here, so that the family and other loved ones can always see it. You can upload cherished photographs, or share your favorite stories, and can even comment on those shared by others.

Lora, Matt, Leslie, and Rhonda sent flowers to the family of Dane Whipkey.
Show you care by sending flowers

Posted Apr 06, 2021 at 04:20pm
My thoughts are with the wonderful Whipkey Family. My life was made a little better having known them. Bests Always, Bob Weaver
Comment Share
Share via:
LR

Flowers were purchased for the family of Dane Whipkey. Send Flowers

Posted Apr 05, 2021 at 04:30pm
My condolences to the Whipkey family on the loss of Dane. Mr Whipkey Thank You for your military service, it was greatly appreciated. Had a beer today in fact, sorry no bonfire. May God send HIs Blessing to this family. Beverly
Comment Share
Share via: 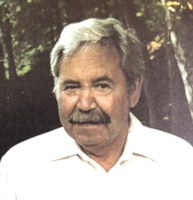