To share your memory on the wall of Wheeler Wayne, sign in using one of the following options:

He was survived by his son Michael Wayne, daughter-in-law Donna Wayne, his 2 grandchildren Caressia Hoy (husband Tom Hoy) and Michael Wayne. He had 7 g... Read More
Wheeler Wayne 99,of Orma, West Virginia went to be with the lord May 20, 2021.

He was survived by his son Michael Wayne, daughter-in-law Donna Wayne, his 2 grandchildren Caressia Hoy (husband Tom Hoy) and Michael Wayne. He had 7 great-grandchildren and 3 great-great-grandchildren.   He was preceded in death by his wife Catherine Berdine Wayne (married 67 years) Parents Shirley and Mary (Waggoner) Wayne, 2 sisters Ruby Black, Geneva Cline and1 brother George Wayne. He graduated from Grantsville High School in Grantsville, West Virginia.  He was a member of the freemason and Scottish Rite for over 50 years. Wheeler served in the Army during WWII. He retired at the age of 55 from Firestone in Akron, Ohio where he worked for 30 years. He returned to the hills of Orma, West Virginia where he spent the last 44 years.

A memorial service will be held at a later date.  Stump Funeral Home & Cremation, Inc., Arnoldsburg, WV, has assisted the Waynef amily with final arrangements.   Online condolences may be expressed at www.stumpfuneralhomes.com
Read Less

To send flowers to the family or plant a tree in memory of Wheeler Wayne, please visit our Heartfelt Sympathies Store.

Receive notifications about information and event scheduling for Wheeler

There are no events scheduled. You can still show your support by sending flowers directly to the family, or planting a memorial tree in memory of Wheeler Wayne.
Visit the Heartfelt Sympathies Store

We encourage you to share your most beloved memories of Wheeler here, so that the family and other loved ones can always see it. You can upload cherished photographs, or share your favorite stories, and can even comment on those shared by others. 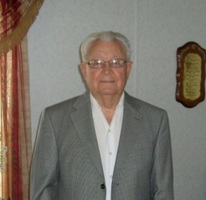